For these Talent View, I always like to tell those stories that you have probably never heard. I recently met Kristian Beqiri. He is 26 years old originally from Albania. He is currently in Spain studying for his master’s degree. Kristian’s story is one in the constant pursuit of his dreams to develop the aquaculture industry. And of growing with it. He comes from Albania in the pursuit of Aquaculture. So, let’s learn a little bit about him today!

Aquaculture in Albania is not developed on a big scale like other countries. In 2018 the country produced 6.2 tonnes of aquaculture products that included Marine fishes, Rainbow Trout, and Mussels. The industry in the country provides employment for around 620 people with a total of 50 farms across the territory. The consumption of fish in Albania is estimated to be an average of 5.3 kg per person per year. This data is reported by FAO.

Kristian shares the same impression. He says not only is the industry not as developed, but companies in the industry do not trust graduates from Albanian universities. The overall education is excellent but has very few practice hours. This is due lack of political and economical support from the government. Either from Israel or Italia. “There aren’t many job slots and opportunities. We have 380 km of Coastal lines. And only half of that is apt for Aquaculture and mariculture”. 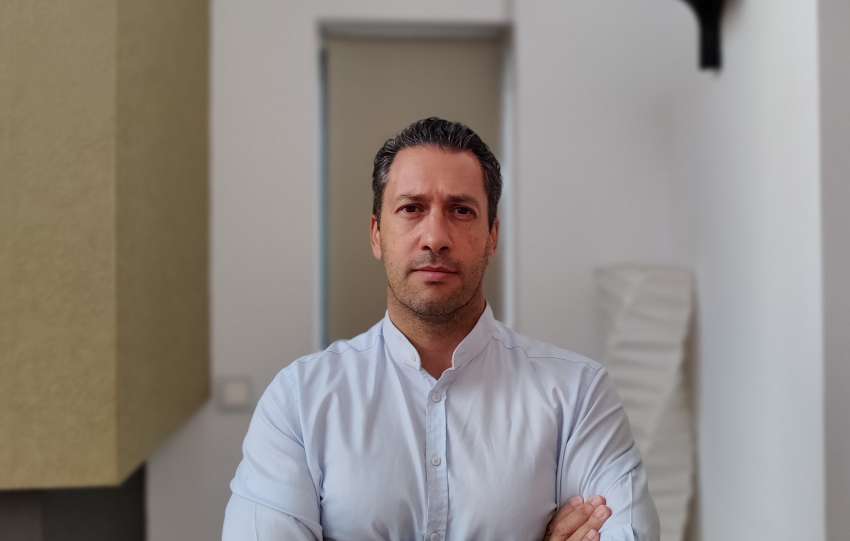 And in this case, I ask from experience. The aquaculture industry in my country is so small, I would have never pictured myself working in the industry, yet here I am. So, what made Kristian want to join the industry is something really made me curious. For him, he found he really wanted to be involved in the industry once he was already in the second year of his bachelor’s. Before joining the industry he was not really familiar with it. “I chose aquaculture for two reasons. One being I always lived close to the sea. Everything in my life was somehow related to life at sea at that point. And the second reason is that the oceans are our future”.

Oceans are not an environment that has been explored and developed to its full potential. And Kristian believes the future of humanity as species needs to be related to production in our oceans.

Challenges in the Industry

“Back in Albany I couldn’t or wouldn’t have an opportunity to even get a strong internship in Aquaculture in Albania. From my second year, I knew I wanted to be fully in this industry. But once I finished my masters and tried to get a good job in the industry it was not possible. This is why I decided to come to Spain and get a second master’s. Spain has a bigger and stronger industry and it represents not only an academic opportunity but also professional opportunities I wouldn’t have at home. I want to protect and develop this industry”.

Before making the decision to go to Spain for a second Master’s degree at Universidad de Las Palmas, he got a job at the National Agency of Lagoons and Protected Areas. Where he felt he was becoming a specialist in trees and birds. The agency had so little interference and involvement in lagoons and the protection of fish. It was frustrating to him. He is thankful for the opportunity as he learned a lot and still cherishes that knowledge. But that still wasn’t his field.

Research in The Industry

Regardless of the lack of job opportunities in Albania. He has had the opportunity to participate in several research papers in the industry. At the moment he is involved in a project for Aquaculture Global Challenge. Assessing the socioeconomic impact of fish scapes in southern Spain. The study looks to evaluate the effect these scapes have on consumers, companies, and the market overall.

In the past, he also had the opportunity to participate in an educational project for fishermen regarding Mediterranean deepwater sharks. Other of the projects he took a part in were related to the danger fishing vessels pose for bottlenose dolphins. As well as the impact Blue Crab has in the fishing industry.

The Impact of Seaspiracy

“The film said things I don’t and can’t agree with. For example, you do not need 1.2kg of wild catch fish per 1kg of aquaculture salmon. Nowadays, 90% of commercial fish feed is made of at least 80% vegetable ingredients. There are many feed substitutes for wild catch and it is important to talk about these developments. Also, To build an aquaculture farm you need to comply with regulations and restrictions, need to make environmental assessments and studies. You need to consider water flow and depth. So the amount of organic residues from aquaculture is very limited. The film never talks about that”.

We can’t save the sea by stopping fish consumption. It is impossible. More than 10% of the global population relies exclusively on fish for their diets. “Aquaculture is the answer to protect the oceans. We need to develop Sustainable, responsible, and ecologic aquaculture. We have a product that is high quality, safe and healthy. Developing aquaculture we can increase employment and reduce the impact on wild fish and our oceans”