Martin is a 30-year-old from Finnmark, Norway. He is currently finishing his Bachelor in Aquaculture and Fisheries at the Norwegian College of Fishery Science (NCFS) in Tromsø. When he has breaks from school he performs as Assistant Operations Manager for Norwegian Royal Salmon in Dønnesfjord.  At the moment he takes part in daily operations on the site. But once he completes his bachelor Martin will be again cooperating with the Deputy Operations manager in planning and logistics tasks. Working in the northernmost country in Norway, where the industry is considered extreme Aquaculture. Today our Talent View is about Martin, let’s dive in!

Martin reminisces about his childhood, where his parents would often take him to the seashore. Then he found a growing interest in aquatic organisms. “Where I would play with the waves and look for crabs and rock gunnels under stones and seaweeds”. When he was six years old he attended to an open day at the NCFS, where he saw a large display of baby fishes, which he got to hold in his hands. It fascinated him, he said to himself he wanted to study there sometime.

“At first, I wanted to become a marine biologist, to find something in the ocean that could be a cure for cancer. But after middle school, I was tired of regular school, which made me choose to study aquaculture in high school. Which I, later on, earned a certificate of apprenticeship 2008-2010”. 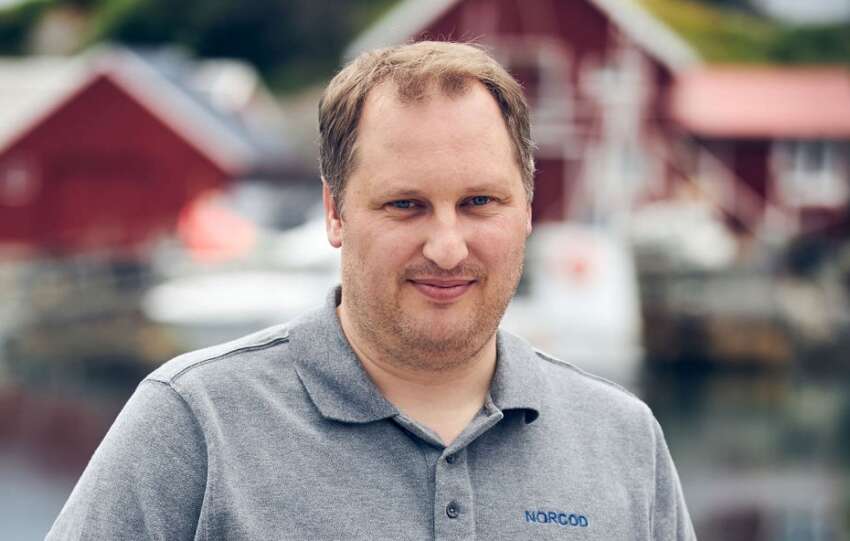 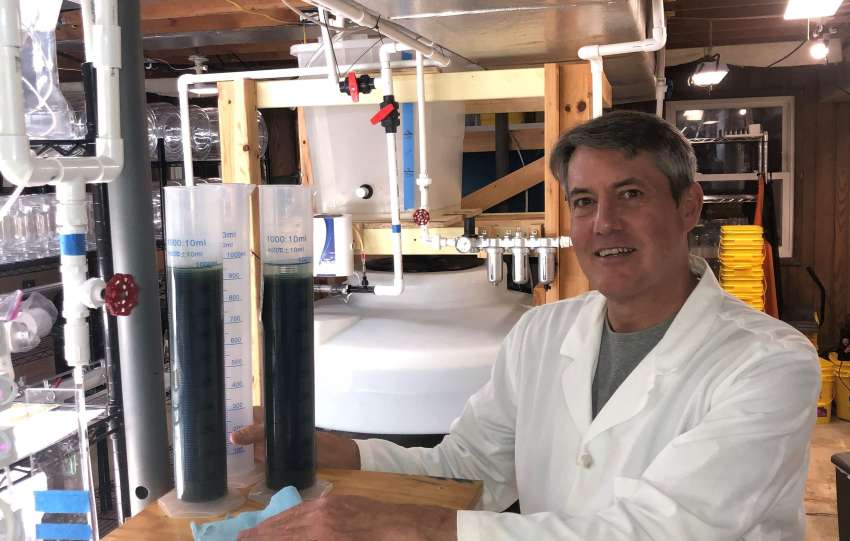 However, with the objective of scaling his career, Martin is currently going to school for his Bachelor’s in Fisheries and Aquaculture, at NCFS. He decided to go to school because after some years in the industry he saw great potential for the future. “Both industries I find interesting, they are important and present in the community where I live. So, to develop myself and contribute more to the constantly evolving seafood industry I decided to study for a bachelor’s.”

He wanted to gain better knowledge in the field, that’s why he chose to get his bachelor. Because it could translate into better job opportunities in the future. “A thing that is important to me, is my work-related opinions and ideas to be heard. Which has been fulfilled due to good cooperation with an experienced operation manager”. He has been able to learn theoretical aspects and gain an understanding of the decision-making and the science behind the industry.

What have you found the most interesting about the industry?

The most interesting thing for Martin is to participate in the “state of the art” of salmon production, “a food product that is future-oriented and in many ways sustainable”. This industry, according to him, is one with plenty of room for development and growth. This includes technological developments and the farming of species other than salmon.

“Also, I find the people working on the different farms interesting. On occasions when we meet, it is easy to end up in interesting discussions with committed workers from other parts of the country. We often have the same challenges, but we usually solve them in different ways. Sharing experience is historical, perhaps, the most important factor for the success of salmon farming in Norway.”

Did you find any challenge when working only with your certificate?

Martin says most of the people working alongside him do not possess an aquaculture education. However, in recent years it has become possible that after 5 years in the industry you can sign up for the certification exam. “When I started in 2012 in Grieg Seafood, I got the opportunity to be a Site Operations Manager. I did that for a year, it was interesting. But I found that I actually needed a little bit more experience to do that job in a good way. So I found that being an aquaculture technician was a better fit for me at the time. I may have had a good education. But the combination of being an ambitious perfectionist while lacking working experience, made me work too hard. It is important to be able to take some time off.”

How has your experience in the industry been so far?

“The main word for my experience is change and evolving”. When Martin first started working in Finnmark back in 2008 the production in the county was 114.000 per year. At the moment they produce around 300.000 tones per year.

The industry is expanding rapidly, which has made him adapt constantly. To new equipment, technologies, tools, ways of production, in order to produce more and better fish, which is one of his passions. But expansion and growth also need to involve safety and environmental regulations. “Those have also become stricter and to adapt to these changes have been demanding. But also interesting in the fact that I have had an opportunity to contribute to changes in operations and procedures”.

He has had to master several skills in the job anywhere from fish feeding to the handling of radio communications and equipment monitoring and maintenance.

“I see a bigger potential in aquaculture because in fisheries the stocks are regulated and limited. It’s hard to produce more wild fish. But in aquaculture, you can say the ocean is big. So when the technology and science are better, we can use more of that area at sea. I think what we see today is a little part of what we can see in the future.”

Martin feels like the biggest challenge has been to constantly adapt to evolving demands. Regulations by authorities and organizations like ASC and GAP.

But production in the harsh condition such as the northernmost part of Norway, has also been challenging. Working on what’s known as Extreme Aquaculture. “I have been working at a relatively remote area, and the next-door neighbor is Barents sea. So Dønnesfjord is very exposed to the weather.” To go to work I must travel over a mountain. Which during the summertime takes me about 20 minutes by car through a really bad road. However during the winter, the road closes, thereby we must find another way over the mountain using snowmobiles. And depending on snow conditions and weather, traveling by snowmobile from home to work can take anywhere from 20 minutes to 8 hours. But luckily we stay and live on-site 7 days, and we get 7 days off. But this is, however, a challenge regarding personal transport. Extrem

On the other hand, the same goes for equipment transportation. If we suddenly need parts for crucial equipment, and it’s not a matter, of course, that the part is delivered at our doorstep. Likewise, biologic production is not always predictable. And sometimes the salmon eats more than predicted, which can lead to food shortage. And that is not a big problem is the feed factory is your neighbor. But when the Barents sea is your neighbor you will have to plan carefully.”

What is what thing you would not trade for anything in your experience?

“From my perspective, I like the natural sceneries in the workplace. I think that is necessary, it is amazing to be so close to nature. Only Extreme Aquaculture has it.”. However, he says the weather causes harsh conditions. Wind, low temperatures, snow, rain, conditions that are extreme especially during the winter. Where road connections are non-existent, and all of these make the operations more difficult.

“During a meeting at the head office, planning to do complex operations on the site, it was suggested to utilize all the days of still weather conditions. The site operation manager quickly corrected the suggestion saying both days“. As conditions are Extreme, most of the time. Extreme Aquaculture

What would your recommendations be to others wanting to join the aquaculture?

“The aquaculture industry in Norway is relatively young, and until today it has had an amazing development. However, some challenges like sea lice and available areas must be solved to continue the growth. I believe these challenges will be solved with science and technology in the near future. The technology may require a more skilled workforce, which is one of the reasons I chose to invest in my education. Otherwise if you think you like working in dynamic outdoor conditions, in amazing nature sceneries, this is the place to be.”  Extreme Aquaculture.