Norway Royal Salmon’s announcement has taken Gustav Witzøe’s company by surprise because today was the day. After SalMar announced a month ago that it had accepted the shareholders’ pre-bid for approximately 50.1 % of the outstanding shares in NTS, today was the official opening of the acceptance period for the offer. However, Witzøe’s company was not counting on an unforeseen event that could derail the deal: the official announcement by Norway Royal Salmon (NRS) of its intention to buy SalmoNor, both part of the NTS ASA group. Following the announcement, SalMar fell by almost 2% at the close of trading on the Oslo stock exchange on Thursday, while NTS rose by more than 1%.

The news has taken SalMar completely by surprise, or so it appears from the statements of Gustav Witzøe, SalMar’s CEO, to the Norwegian newspaper E24. “I was not aware of this. I have to check up more closely and get back to you”, Witzøe said when asked about Norway Royal Salmon’s announcement.

Even so, SalMar has followed through with its plans and at 9 a.m. this morning commenced its voluntary offer of NOK 120 for all outstanding shares in NTS. The consideration per share comprises NOK 24 in cash and 0.143241 SalMar shares. The acceptance period opened today will end on April 1, although it could be extended until April 29. 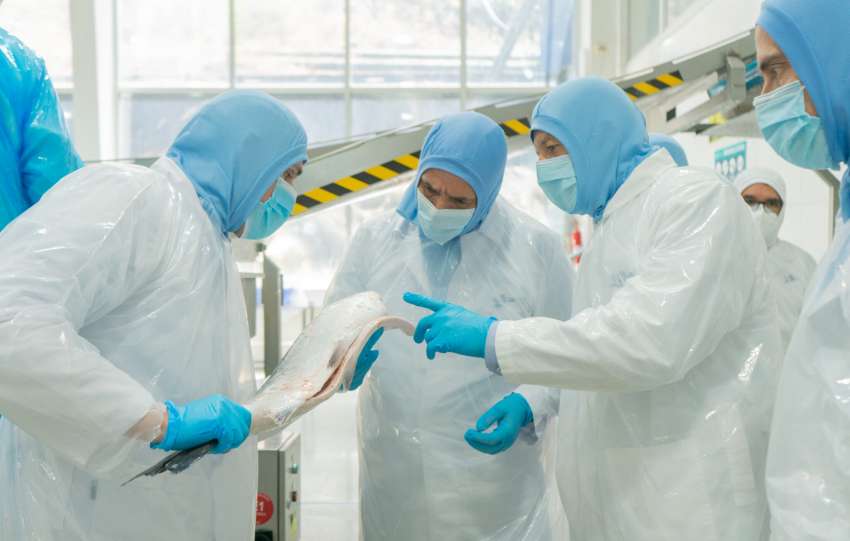 In its stock exchange announcement yesterday, NRS said: “Over the next few weeks, the company intends to raise up to NOK 2,000 million by offering newly issued shares to finance the cash consideration of the company’s acquisition of SalmoNor from NTS ASA”. The announcement also states that the intention is to purchase 100% of the company’s shares and adds: “While the Board has noticed that there have been developments in regard to the ownership situation in its largest shareholder, NTS, the Board is firmly of the view that it must adhere to established agreements and fulfil its fiduciary duty to make judgements and resolutions that are in the best interest of all its shareholders“.

Behind this movement, some see the intention of Helge Gåsø, the second-largest owner of NTS, to stop SalMar’s takeover of the group. However, Trude Olafsen, leader of the independent part of the NRS board until yesterday morning, denied this in statements to Norwegian media Dagens Næringsliv.