Product differentiation or how to make the difference in aquaculture

Back in 1973, Jacques Cousteau said “we have to stop being hunters in the sea and become farmers and agriculturists. Because that is civilization”. Almost 50 years later, his suggestion is a reality. Regardless of the species, the production system, or the country where it is carried out, there is one thing that all those involved in the aquaculture industry agree on: it is the most sustainable way to produce healthy animal protein to feed the world. Based on that premise, and knowing that the growing demand for fish was not met due to declining catches, it is normal that, for a long time, aquaculture production has developed primarily as a production-oriented activity. However, the progressive maturity and saturation of the sector make product differentiation an increasingly frequent and necessary strategic positioning in aquaculture. Quality versus quantity, or at least together with it. Making a difference through the product.

Sustainability, but not just

In the seafood sector, quality has long been associated with wild catches, but the fact that the origin of the product is fishing or aquaculture has less and less weight in the consumer’s purchasing decision. In contrast, other priorities are now gaining ground, such as the appearance, presentation, or price of the fish, and, of course, sustainability. All of these characteristics are easier to offer through aquaculture because, as it is a controlled production activity, it is possible to selectively satisfy these consumer demands, just as is done in other protein-producing industries.

Many in the aquaculture sector believe this to be true. For example, Matts Johansen, CEO of Aker BioMarine, who in the talk we had for his Talent View said that “in the future, salmon and other kinds of aquaculture species, they will go the same way as beef and chicken have gone, with differentiated products”. For him, the difference will be made by feeding the fish on the farm through premium ingredients such as krill that improve the quality of the meat. “By putting krill into the diet, you get better quality, less gaping cracks up, you don’t get those black spots and you can actually get the premium salmon”, he said. “You will have in the future a good salmon, with better quality, you’ll pay more. Today all salmon is equal, in the future we believe much more differentiated, and the krill is a key component to get that differentiated quality on the salmon”.

What Lies Beneath Seaspiracy? 2 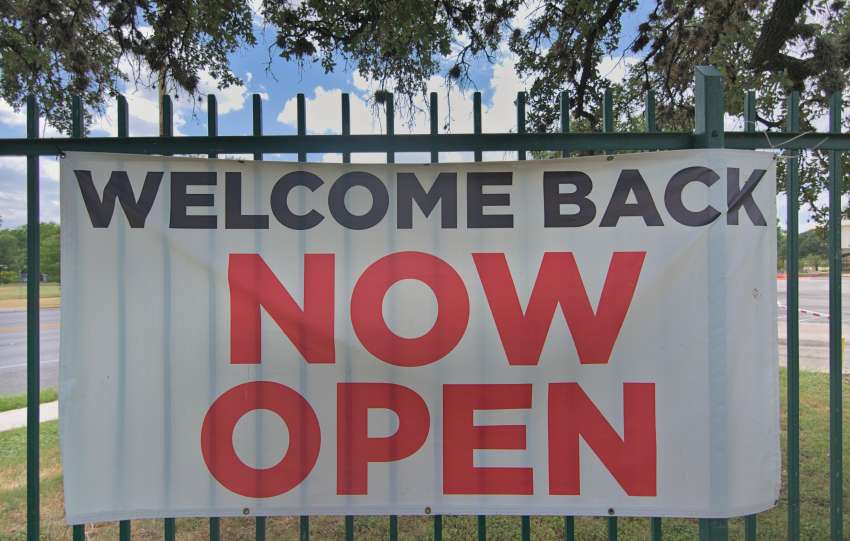 What to remember, learn and expect from COVID-19

But they are not alone, Noray, the Spanish company that produces ultra-fresh and sustainable shrimp, also firmly believes in this. “It is normal that more and more differentiated products and formats emerge, and that they are born to meet increasingly concrete and specific needs”, they tell us. And they add, “differentiation has become an indispensable element in a sector as saturated as the seafood sector”.

Salmon, shrimp, or any other species, as said, the fact of being a controlled production makes aquaculture a perfect activity to satisfy those selective consumer demands. However, this alone would not make a difference concerning other animal protein-producing industries, if it were not for the fact that our sector has an added advantage: it is more sustainable and climate-friendly. While the emission of greenhouse gases (GHG) per serving of protein from a cow, for example, is around 6 grams, in aquaculture products it is around 0.6 grams. However, in a context in which sustainability is a must for most consumers, aquaculture companies have to go even further.

If Aker BioMarine is committed to innovation through the creation of “a superior ingredient in aquaculture feed” as stated on the website of its QRILL Aqua brand, Noray considers that differentiation is another part of its production model. “We understand that the future of aquaculture is about doing things in the best possible way, being part of the change towards a more sustainable and environmentally responsible future, without compromising the quality of our shrimp”, they tell WeAreAquaculture. Their farm is a controlled environment that faithfully reproduces the shrimp’s natural habitat despite being more than 300 km away from the coast. “Our main secret lies in having managed to recreate the ideal environment for shrimp breeding and reproduction, under an aquaculture system that guarantees the correct use of all resources throughout the production cycle, and minimizing emissions”.

Their production model based on the principles of the circular economy is unique in the world. For them, differentiation translates into innovation, a fundamental aspect of their project, which has led them to be pioneers in the sector. “We want to continue exploring new routes to meet the needs of a public that is increasingly demanding about what it eats and that, in addition, is concerned, not only about the origin and traceability of food but also about the positive impact it causes in its immediate environment”, they say. “And we do it because we really want to be part of the change, and produce a healthy, sustainable, and excellent quality sea protein, in balance with the environment”.

For Noray, it is a matter of understanding what the consumer is looking for and how to satisfy this need responsibly and achieve a positive effect on society. However, without ever losing focus on maintaining the quality of the product, which in their case means producing a natural shrimp, without antibiotics or chemicals that adulterate its nutritional characteristics. A shrimp that, in addition, they only fish on demand, guaranteeing the packaging in less than an hour from its capture, another differentiating element.

Gastronomic and other added values

Quality, taste, origin, and sustainability, from Noray emphasize that which, they say, makes them different and, above all, connects them with the kitchens, the final stage of any aquaculture product. “We produce a shrimp of high gastronomic value, fresh and sustainable that is present in many kitchens in this country (Spain), in large and small restaurants, which share with us the same values and philosophy, a fact that has allowed us to create links with the gastronomy and catering sector by the hand of chefs who every day defend our shrimp in their menus”.

Products of high gastronomic value are another differentiating element toward which the sector is moving. Premium and even tailor-made products, as Matts Johanssen told us: “Here in Oslo, there’s a restaurant called Alex Shushi, which is actually awarded the best sushi restaurant outside Japan in the world, and, together with them, we have developed a tailored-made salmon which is very quality”. Aker BioMarine’s CEO explains what makes it so special: “That’s unmatched over any salmon you get anywhere, both when it comes to taste texture, color, perfect coming for luxury restaurants”.

They are not the only ones looking in that direction. Urchinomics‘ final product is also destined for luxury restaurants, especially sushi restaurants. The project is still at the beginning, and they are the first in the world to try something like this, turning empty sea urchins into a premium product, but their first small batch producer was last until September-October and it worked really well. “We’ve already made many mistakes, but even though there are a lot of things that we can do to improve the products that come out, the other end has been phenomenal. We have been able to achieve global premium prices with our sea urchin roe that competes with some of the best sea urchin roe wild on the planet”, told us its CEO, Brian Tsuyoshi Takeda.

In their case, to this sustainable production of a premium product, they add another characteristic that clearly differentiates their product from others in the sector. “Urchinomics is a restorative aquaculture venture that turns an environmental challenge into an economic, ecologic, and social opportunity”, he said. Their sea urchins are not just a premium product aimed at top restaurants; their production model turns ecologically destructive sea urchins into high-value seafood products that can be supplied consistently almost year-round while helping to restore kelp forests. “In short, we pay commercial fishers to harvest empty urchins that are preventing kelp forests from growing and put them into our land-based recirculating systems.  We then feed them a naturally derived formulated feed, and turn them into premium sea urchin roe, or “uni”, in 6 to 12 weeks.  And, as a result of removing urchins from the seafloor, we help kelp forests recover.  So, the more we sell our premium sea urchin roe into the market, the better the environment becomes”, Brian told us in his Talent View.

What cannot be seen

As we have already said, aquaculture is perfect for offering consumers advantages such as stable prices, regular supply, uniform sizes, hygienic-sanitary control, in short, homogeneous quality even for premium products. However, this differentiation is often based on attributes such as these, sustainability or country of origin, which are not directly observable. For this reason, certifications are becoming increasingly important as a differentiation tool that accelerates product acceptance and reduces the distance – or possible mistrust – between producers and consumers. Another good option, also not easy to obtain, is to have the endorsement of organizations recognized for their work in favor of the environment.

Noray, for example, was the first indoor shrimp farm in the world to achieve ASC certification for its sustainable commitment. Aker BioMarine partnered with WWF from the very beginning of their business, before doing anything else, which eventually helped them become MSC certified, a big effort for any company. Urchinomics is just starting, but it is one of the only three commercial ventures in the world endorsed by the United Nations Ocean Decade, which is offering them a lot of opportunities “to do good”, as they say, but also to be a profitable business.

If differentiating a product is to mark a distance in its favor against others competing for the same customers, although these are only examples, in the case of Noray, Aker BioMarine, and Urchinomics this is true. They have qualities that distinguish them from the competition, and they have external supporters who recognize those qualities. They have gone for product differentiation and have done well.  Having a quality product that offers benefits is good, but getting consumers to recognize it as unique is even better.