Seaweed plays an important role in converting CO2. Another important marine living organism that plays a key role in this absorption is shellfish. As their shells form and grow, carbon is absorbed naturally from the ocean. Which is a significant task since global warming is affecting the ocean’s capacity to absorb carbon. Today’s Talent View is the story of Ana Cerviño, Director of Cultivation at Oceano Fresco, Portugal. She has been in the aquaculture industry for over 15 years and has focused her career on the study and production of bivalves. Let’s dive into her story!

She is originally from Galicia, which added to the fact that Aquaculture became a logical option for her. There is such a big marine outlet in Galicia. Generally, Aquaculture in Spain seems to be well developed and diversified. The country is a little paradise of environments and ecosystems. In which both continental and marine aquaculture is developed. But aside from this ecological paradise, it has, the country has taken advantage of these resources and has established a network of innovation and research centers for aquaculture. These along with the collaboration of R&D from the private sector have made Spanish Aquaculture a very competitive industry globally.

Ana’s case is one that didn’t fall far from the tree. Her parents were biologists. So she grew up surrounded by animals, plants, shell collections, and nature encyclopedias. For her, it was only natural to fall in love with living organisms. She is not so into molecular biology, her drive is more towards the biology you can feel and watch. Ana’s passion for Biology is in the organisms you can see being born, growing, reproducing, and dying.

Deciding I wanted to focus on Bivalves Aquaculture was not a hard decision. My dad worked in that field for many years, and thanks to him I know a lot of the things I know now. In my teenage years, I would come from school to a fridge filled with clam samples. Now I see that as his way to extend his passion to me”. 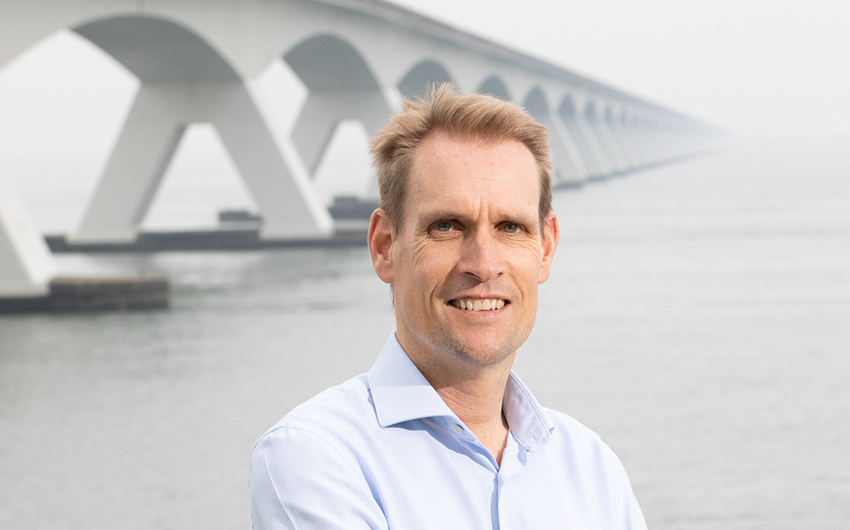 Oceano Fresco, with the use of innovative Aquaculture Techniques, is growing high-quality/high-value bivalve shellfish species. At the moment, the company’s focus is on farming two species of clams. These are the venerupis corrugata and ruditapes decussatus, two native European species. This project is accompanied by a big and ongoing investigation on cultivation optimization, especially for the decussatus, which is a threatened species.

With two main operations, one inland and one at open sea, and a team of 5 and 10 people respectively. The in-land hatchery is where small seeds are produced, where Ana Cerviño spends most of her time. Then they take the seeds to the sea at a longline floating structure. And are expected to reach commercial size this summer. They are planning to produce around 20% of Portugal’s annual clam quota within the next 2 years. And to keep expanding, adding as well a packaging and dispatching facility. Which will provide customers with traceability and transparency of the product.

Ana Cerviño had been working for an aquaculture company in Galicia for some time when she was contacted by Bernardo Carvalho, the now CEO of Oceano Fresco. He was looking for experts in bivalves and wanted to make a tour around the world to learn more about this species. “I got on board of that ship from the very beginning. Initially, it was just to do the research, we did not know where it would lead”. Later on, he told Ana that he would like her -and her life partner- to be a part of this project.

So, Ana has been working with Oceano Fresco for 6 years, since the inception of the organization. And this experience has been very gratifying for her. “I feel a part of each little step we took to get here. The first years were very administrative and bureaucratic. I love being with my hands deep in the water. So, being surrounded by paperwork was far from fun. Once the ideas on paper became a reality, I knew all those efforts were worthwhile”.

At Oceano Fresco she feels at home. Her decisions and opinions have been taken seriously at all times. Every project they have embarked on has achieved the expected results with total ownership and freedom to embark on them. “They have also never questioned the needs for human resources and I have been provided with staff every time the operations needed it. Humans are what gives value to our organization”.

Ana says Bernardo is very tech-savvy and digitally impulsive, which has brought a lot of innovation to the organization, one of its cores. However, every time she says “ok sensors are cool, but we need people” she has been heard. They believe the best investment an organization can make is in its human resources, and then nurture teamwork and collaboration.

I like to produce. I am very hands-on. And managing a production means dealing with people with different working cultures. So, for us, people must have a great sense of teamwork. We have different cultivation phases and they all rely and depend on each other. So, the one taking care of the larvae needs to also make sure the next phase is going to come together successfully. We don’t all have the same skills and knowledge, but I always make sure we all have the same passion for the living organisms, teamwork, and respect”.