Always fascinated by the ocean, Ashleigh has come a long way from watching David Attenborough on TV to her current position.  A journey with several stages, but also with some constants: her vocation as a marine biologist, her roots in Scotland, and, again, people. All those people who helped the girl who wanted to swim with dolphins to become the Business Development Manager and Fish Health R&D at FiiZK.

A girl by the sea, and by the TV

“I grew up on the East Coast of Scotland, and I was just always obsessed with David Attenborough and ‘The Blue Planet’. I wanted to be a marine biologist, I wanted to swim with the dolphins, and that was my idea of what a marine biologist was at eight years old”. So, she did. She studied and started at university, got a Bachelor of Science in Marine Biology first, and a Ph.D. in Marine Science later, looking at climate change in coastal regions, looking at ocean acidification. As she says, she put herself on “the research side of things”. 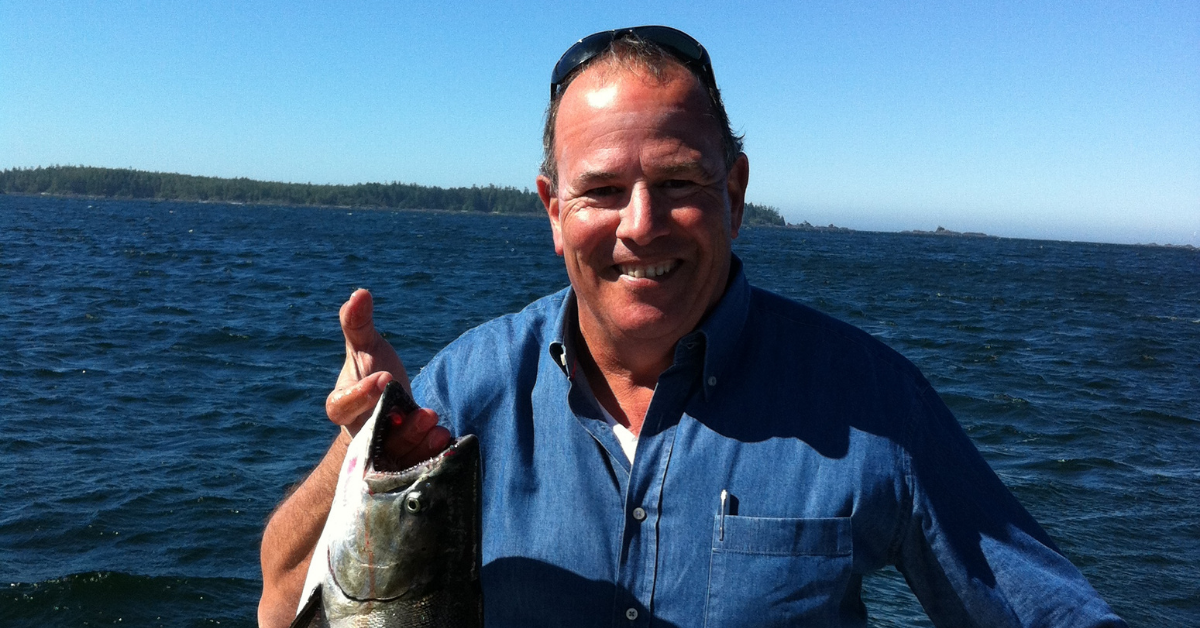 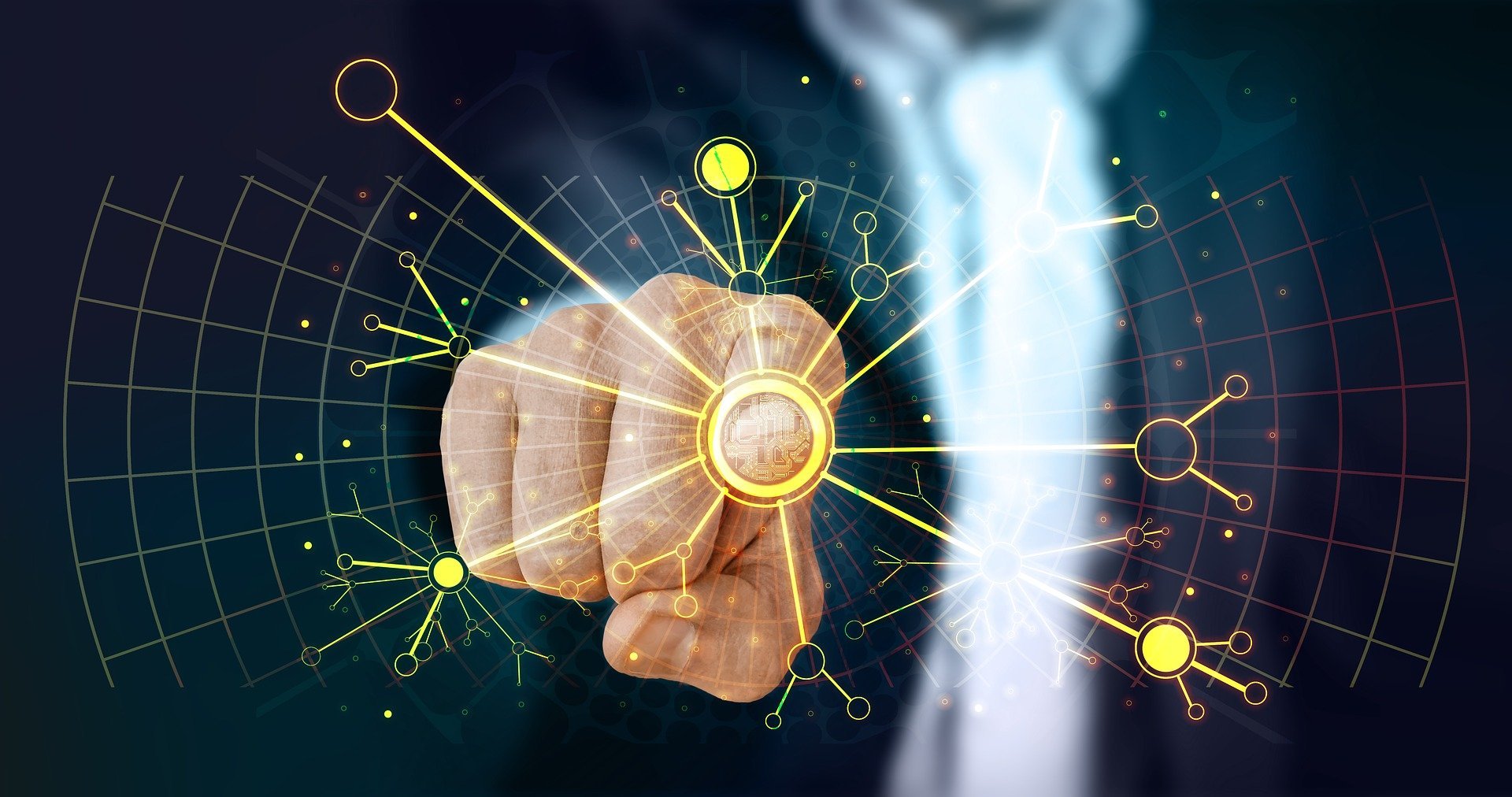 During that time of research, Ashleigh spent most of her time looking at “small things” like microbial communities or coastal sediments, far from the dolphins she imagined, but also far from the fish. So, when after a period of charity work in Nepal, she returned home and it was time to consider her future career, she wasn’t sure about what her path should be. Stay in academia or try the industry side? And this is when, beyond Mr. Attenborough, people began to influence her career.

Ashleigh saw a job offer, an environmental analyst position at Scottish Sea Farms, and applied, although she thought she wouldn’t even be considered because of her lack of industry experience. But she got the job interview and, as often happens, recruiters saw things in her that she herself was not able to see. “We’ve got another position as a health manager in Shetland. Would you consider that?”.  Those people and those words were the ones that really started her career.

When she received the offer, she even felt like an imposter, afraid that someone would find out everything she didn’t know how to do. But she finally decided to trust. To trust herself and the professionals who offered her the job. “Finally, took on the position, and luckily, I had a good a mentor at the time, Noelia Rodríguez, who was working at Scottish Sea Farms as the Health Manager, and she helped me, guided me through what I needed to do, and also, Ronnie Soutar, who is the Head of Veterinary Services at Scottish Sea Farms. They were really kind, and I joined aquaculture, just being on the fish farms, working with the guys on site. It opened my eyes to another opportunity as a marine biologist, what I can do other than an academic position”.

Recruiters, mentors, colleagues… there are always people behind the industry. “The majority of people that I’ve encountered have always tried to boost you to do well rather than hinder you in this industry. For anyone that was thinking about moving into fish farming or aquaculture in general, I think that they should never feel that they don’t have the right industry experience, or that being a female will stop you from achieving your goals. Since I started in fish farming, I’ve seen a substantial increase in the amount of females now coming into the sector. Obviously, we still need more but there’s definitely becoming more flexibility, that encourages women to consider this sector. If there’s kids, families, we need some flexibility and support to continue our careers and progression”.

When talking about flexibility, Ashleigh quickly talks about her current company, FiiZK. “My employer, for example, is super flexible”. For her, details like her boss telling her “take that time, family is really important” when, without warning, she asked for a day off because it had snowed and wanted to take her two stepchildren sledding, are the ones that really matter. And she knows that not all companies have the same flexibility, but at the same time she thinks that is one of the ways to attract talent to aquaculture.

“I know that a lot of the companies, the fish farming companies, their HR teams, are really looking to attract the right people to the industry”, she says. “Models have to be a lot more flexible than they were before, and I think that just shows the way that the industry can adapt to a modern-day working environment, so it’s less rigid than some of these other sectors out there”. And adds, “working for a company who acknowledges what you bring to the company and where you are going is also really important to me, especially when I consider the career level I am aiming for”.

This pro-family and pro-progression sentiment that she has personally experienced at FiiZK in particular, is not the only thing that attracted Ashleigh to the Norwegian company. It was also influenced by their commitment to innovation, technology, and coupling this with sustainability and the environment, but above all, by their commitment to animal welfare.

The little girl obsessed with David Attenborough who wanted to swim with dolphins is in the right industry, or so thinks the marine biologist she became. “I wouldn’t put myself into an industry that I believe doesn’t want animals to be healthy and cared for because ultimately, I want to protect my reputation and because I feel that is an emphasis of mine to look after animals. So, why would I want to work for a sector that I believed was detrimental to animal welfare?”. That’s why, when talking about sustainability, the environment, or the animals, Ashleigh Currie quickly jumps to talk about the FiiZK Group and how it has taken diverse parts of the aquaculture sector and brought them together in what she defines as “a holistic approach to fish farming”.

“We are really geared up to provide solutions that aim to consider a lot of different aspects of fish farming, from your fish welfare to protecting the environment. So, one of the things that really comes to mind is our semi-closed containment as a farm production system. Ultimately, the aims of these production systems are to be closed off from the external environment, so that you can protect the fish within, and also the external environment. From looking at if we take parasites, for example, sea lice, where we can confidently say that there has not been sea lice infestations recorded in semi-closed containment projects and not just the enclosures we produce, but all providers and projects that have been rearing fish. And from the promoting of fish welfare there’s that the predator interactions, we’re not seeing fish being stressed by predators externally. These are all things that we’re looking to help promote the welfare of the animal”.

Moreover, the Development Manager and Fish Health R&D of FiiZK emphasizes the transparency and regulation of this important aspect for consumers when it comes to animal food products. “Over the past, maybe five-plus years, and the aquaculture industry I definitely feel that there is more transparency when it comes to animal welfare. So, the aquaculture industry is highly regulated and when I worked in the fish farms, we were constantly being audited”. The only thing she misses is that the aquaculture sector should be doing more to self-promote this industry and its achievements to the general public.

The future lies in technology and sustainability

For Ashleigh, it is clear that the future of aquaculture lies in technology, which is inextricably linked to sustainability and minimizing the impacts of fish waste on the surrounding environment. That’s why FiiZK’s semi-closed ecosystems shield fish from the external environment and limit unwanted discharge from the cage.  Sustainable solutions in addition to other important initiatives, such as the reuse of tarpaulins through its recycling stations, looking for something more of a circular economy. So, to meet aquaculture challenges in the future, the company is committed to being self-sufficient by bringing together in a single business group everything needed to optimize the cage environment and promote the optimum fish environment. “We farm in the sea, we need to protect the sea, and so these are all the things that our company is developing through technological and software solutions”, she says.

Her own challenge, however, is to be able to introduce all this technology in Scotland, where “there’s bottlenecks in the production that there need to be technological solutions”. But, as she says, “it always has to start somewhere”, why not start at home? She knows the task ahead is not an easy job. Many will be wary of “that new thing”, but “hopefully, the more the farmers engage in these technologies through various projects, that fear starts to be diluted”. Again, she trusts. In people, in her place, in aquaculture.

“I came in a young female with no practical experience into the aquaculture industry and that could have been really challenging for me to be rejected by a lot of the people that had been working in this industry for a long time. But I feel like have had the opposite, I’ve been given a lot of opportunities to progress”. Hers could be the story of many, especially many women. But here, we also trust. We trust in people, and we trust in talent. We Are (all) Aquaculture.

Established as a group in 2019, FiiZK combines craftsmanship gained through more than 150 years of industry history with expertise in technology, computer science, economics, and biology. Its model aims to cover all its customers’ needs through a self-sufficient approach that brings together under a single brand name skilled teams of professionals and customer advisors to have all their clients’ requirements covered and contribute to increased production and quality by using novel technological solutions.