Feed is a very important side of Aquaculture. And we have addressed this topic when we talked about feed formulators in our social media posts. However, getting to the talent and business side of feeds I recently got the opportunity to connect with Greg Schlensker for this Talent View. Greg graduated from Purdue University with an Electrical Engineering degree and after some experiences outside of the industry, he founded Avari Labs. He says he lived his life backward, but eventually, it ended up leading him where he wanted to be, here, in the industry

The Beginnings of his Story

Every story leading people to Aquaculture is different, and Greg’s is not the exception. From his early teenage dreams, Greg Schlensker had an interest in Marine life. Something that some might define as odd since Greg was born and raised in Indiana, nearly 600 miles away from the ocean. However, visiting his grandparents on Sunday, evenings were spent watching Jacques Cousteau. Which set his passion for the marine world and discovery. So, with his first teenage job, he saved every penny and set up a saltwater at-home aquarium. Only to watch it die after a few months.

“I was still in High school, didn’t have lots of people to go talk to, but I got some help from Purdue University. Becoming one of their first technical assistant program participants. I had a connection through my uncle who graduated from Purdue. So they kind of took it as a practice project and grad students helped me. We dissected the fish, did water analysis, dug into everything. What I came back with was a whole list of problems of what went wrong. I said, ok, I gotta fix this -that’s my nature-. This led me to design and build a filter, from which I learned a lot. And my parents said you need to go talk to a patent attorney. So my journey down that world started in high school. “

Long story short, what Greg learned was that “no one would take a teenager with no money, trying to take a product to the market, very seriously”. After some years going back and forth with the patent examiner, he finally got the patent for the wet-dry trickle filter. And it’s the world’s most-popular most-used saltwater aquarium filter today. 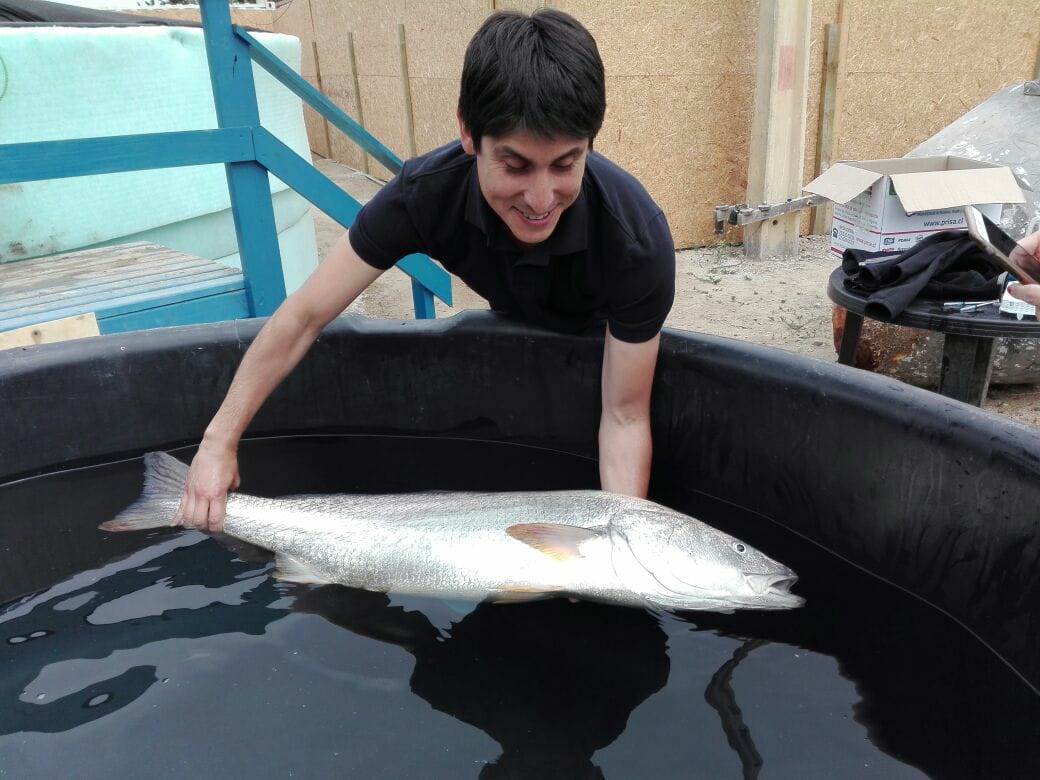 Greg was the only Marine Biology Major on campus at Ball State University in their history (at the time), the reason is there is no ocean in Indiana, of course. He knew he would not get any hands-on experience at the university. However, it became a good starting point. He joined the US Army as a medic with the intention of Attending Stanford University. Where he was planning to pursue Marine Biology, however, this plan turned out to be financially unfeasible.

He went back home for a bachelor’s in electrical engineering at Purdue University -“It was time I had to get a career started”, he says. This began his experience, building a career in different industries. He started off in automotive, his nature is in understanding and making things work. Later on, he worked in the food and pharmaceutical industries. “I was never leaving my passion behind. I always tried to stay involved with my aquariums.”

“My passion for understanding and building things had always been directed to the Ornamental Side of Aquaculture. However, I am a big picture kind of person. And the Commercial and Ornamental sides of Aquaculture have huge parallels and bits of information that need to flow back and forth. 20 years ago I was using microalgae with my own aquariums, where I was propagating different chorals and fish species. I grew up in a farmer’s community, so animal husbandry is a big thing, and growing and enhancing crops is as well”.

With his interest in Aquaculture, his passion for making things work, his background in the pharmaceutical world, and growing up around farmers, Greg was able to see a big picture where Aquaculture and Agriculture have huge parallels and opportunities. This is why he started Avari Labs. Most of the things we put on our tables today are genetically modified. This project is focused on doing biosecure microalgae feeds for aquaculture hatcheries

Just like the farming tragedy of the 1930s in the central North American plains, I believe there is a dust bowl coming to Aquaculture. One driver of that is the Brine Shrimp paradigm, one of the main food components used for hatcheries. But, when you dig deep into biology, that is not the natural food for fish at this stage. I have come with a way to make microalgae go to rest. Once it is dewatered and formed into pellets, it has a shelf life and the nutrition is customizable. Environmental conditions, pollution, and natural diseases are also drivers of the dust bowl threat. There is potential in this sort of feed and other alternative sources of feeds”.

Where He is Headed

Timing-wise everything worked out in Greg’s favor. 20 years ago before he started his career in other industries the multi-filter or RAS systems were not highly accepted in the Aquaculture industry. And of course, this acceptance has come with multi-million losses for a lot of companies, but it has translated into a lot of learning and improvement. “Don’t get me wrong, I don’t like to see failure, but it is time to change. And now that RAS systems are highly accepted, I’m glad I don’t have to solve the adoption issue. And more people in the industry are now conscious on alternatively sourced feed as well”.

He is expecting there still to be some resistance to change, partly from stakeholders and another part from other scientists. But he knows people that are actually on the farm are very open to this Microalgae feed he is developing. “We need to push to change. Either to make things better or to demonstrate the risk of not changing techniques over time. Which, again will turn the Aquaculture industry into a Dust Bowl.”

“I don’t do things because that is the way that it has been done. I am very independent and thinking of new ways of doing things and willing to shift paradigms if necessary. Something I have always focused on is finding ways to work smarter”.