Sometimes, great love stories come from chance encounters. You have an idea of what you want and, suddenly, you realize that there is someone in front of you who wants exactly the same thing, and… you love that! You like that person so much that you get 100% involved and end up making true that phrase that says that, probably, the love of your life is not the first, but the last. That happened to Joost Wouters, founder and SeaEO of The Seaweed Company.

He studied mechanical engineering, then began his professional career in marketing and sales, and later moved into consulting. That was his life when about seven years ago, looking for what he calls “a tangible impact”, he discovered seaweed by chance. “I was immediately captured by it”, he tells us. He was captivated by seaweed and, with it, by aquaculture, the industry that brought all the things he loved together.

Aquaculture, a new and beautiful world

Joost Wouters is so involved with this project that, when he has to define himself in his LinkedIn profile, he does it as “Founder & SeaEO” at The Seaweed Company. That little play on words (or sounds) says a lot about his passion for his work at the head of the business. A business that, as we said before, started almost by chance when he was focused on finding the right way to build something that would have a real impact. “That happened about seven years ago, I said ‘I want a tangible impact ‘, then I run into the idea of seaweed. Someone mentioned it, and I was immediately captured by it. And I started to study the world and the potential of seaweed. As a result, we, with two other partners, started with The Seaweed Company”, he says. 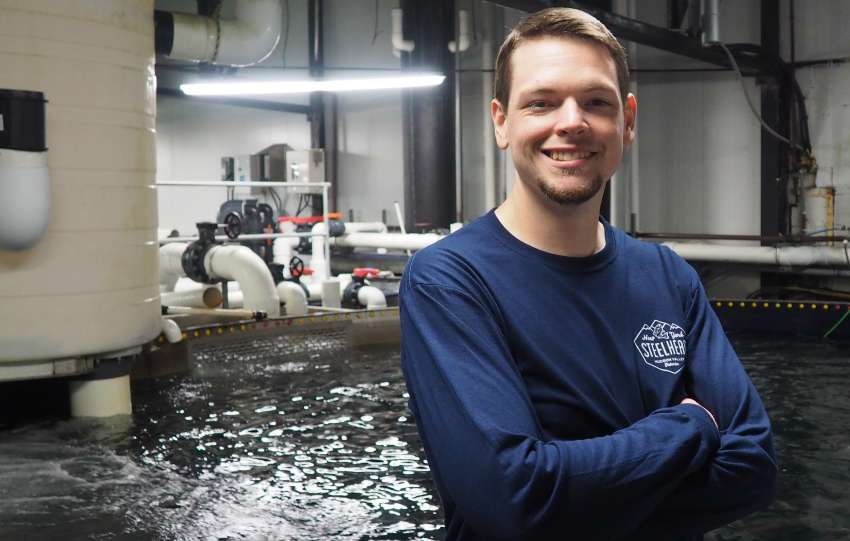 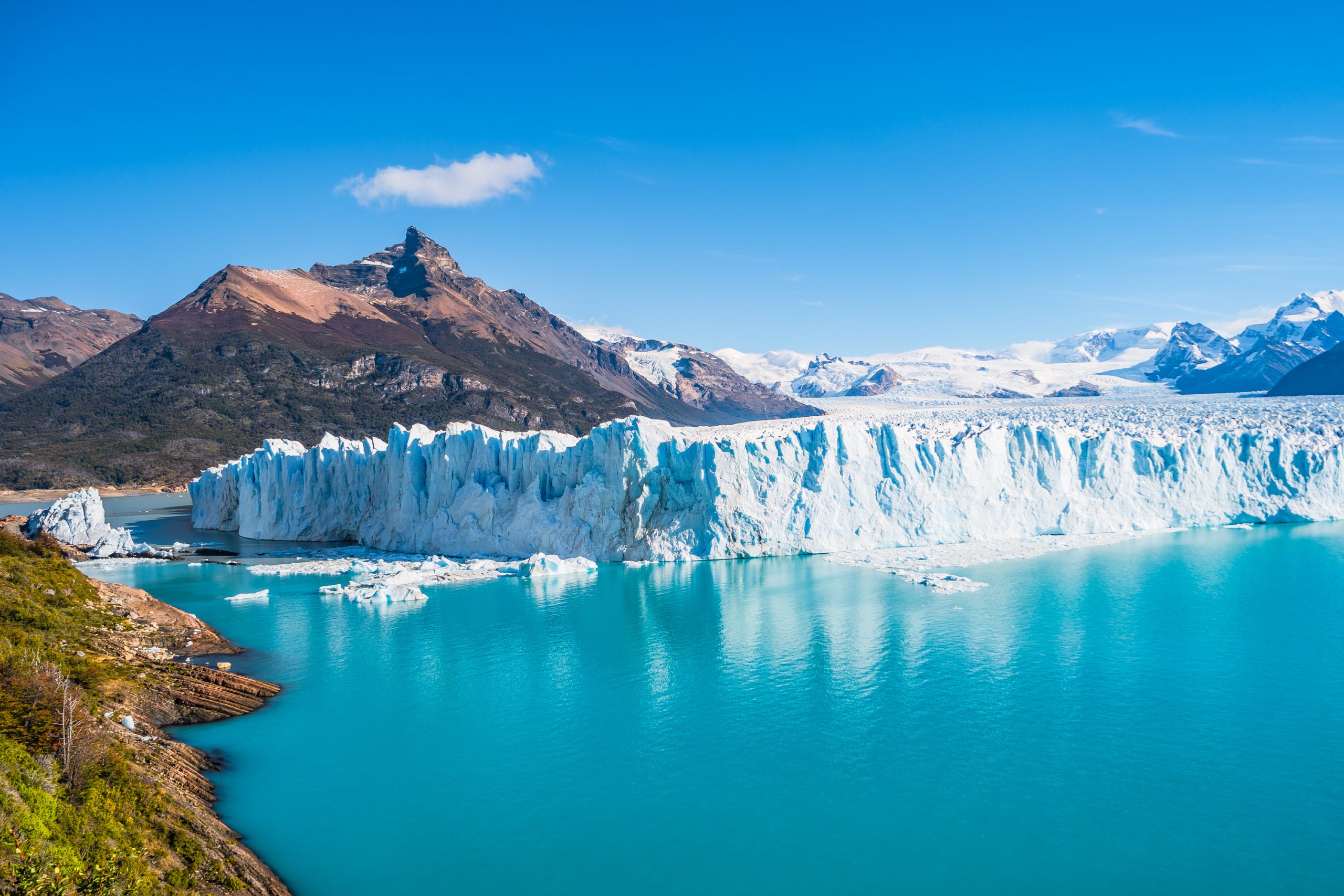 This company and this industry have allowed Joost to unite all his professional skills in a single sector, aquaculture. “It’s a completely new world, but I really love all those things that come together”, he says. And explains: “Now all my previous lives come together because I am designing mechanical tools to harvest and to set seaweed, I am working with sales and marketing to sell our products, and I’m building a company with teams, so I use all my consulting skills there as well. Everything comes together, and with one big new thing, that’s the world of aquaculture, which is beautiful”.

Nowadays, when we talk about aquaculture it is almost inevitable to talk about sustainability at the same time. One can no longer be understood without the other and that is why we asked the SeaEO of The Seaweed Company how his company contributes to sustainability. However – a mistake by the author of this article -, in our question we related this sustainable objective mainly to CO2 reduction, but Joost Wouters immediately made it clear that there is much more behind it. “It’s not only CO2. We are an impact company and everything we do must have a positive ecological, social and financial impact. So that is a starting point”, he explains.

“We want to have an impact on the farming area. We want to regenerate soils. We want to have farmers, we call them ‘blue farmers’, that use our product and change the way of farming using seaweed-based products. We want to mitigate CO2, but we also want to improve the health and well-being of animals, crops, but also human beings. We want to play a role in the transition towards a more sustainable diet for humans. And then, on the marine side, seaweed helps a lot to regenerate oceans, to de-acidify the ocean, enrich biodiversity, and help social communities”. So, yes, as he says, what they are doing is, much more than just thinking about CO2 absorption, a real impact-driven approach for a company.

This sustainable and impactful way of doing things finds the aquaculture industry its best ally. “We work in environments where the crop doesn’t need any land, any freshwater, any fertilizer, so it only uses elements that are already there. CO2, salt, water, sunlight, and marine nutrients. And that’s a big advantage of a natural carbon solution over a technological carbon solution”, Joost states.

Collaboration and partnership, the best way

Talking to Joost Wouters, it is easy to guess his strong commitment to this project. Just look at his passion explaining how they work on seaweed production, upstream, and product development, downstream.  Every step counts, and they are all important, starting with production, which is spread around the world and vertically integrated. “There is no industry right now, so we need to be able to control the sourcing of our products so that it’s a sustainable, traceable supply chain”, he explains.

Then come to the products they market. They do it in two different concepts, ‘Blue Farming’ and ‘Blue Health’. The former, which we were talking about before, are the products for agriculture and animals, the latter are mainly based on human health and welfare, they have supplements, and also seaweed ingredients for hybrid products like burgers, bread, or cheese. For those, they work with an end partner, but not just as a common seaweed supplier. “We always sell a solution that we jointly developed, and when that is done and in the market, then, of course, we are the seaweed supplier for that”, Joost clarifies.

This is, indeed, the aim of what the company calls ‘the Sustainable Seaweed Farming Promise’, another line of business, a collaboration with brands that want to have a seaweed variant in their products and gain credibility by using The Seaweed Company’s recognized stamp. Their logo on the packaging of these products allows them to tell the story of ocean regeneration and, in return, for every pack they sell, they donate an A4-sized piece of paper from a seaweed farm. “We are working together with brands to support them in their sustainability objectives, and, at the same time, we generate income to grow more farms in India and Ireland and we built a sustainable idea together”, Joost says.

Coastal community development, people at the core of the business

India, Ireland, but also Morocco, Greenland, and the Netherlands. Each type of seaweed – red, green, and brown – needs a different type of environment, so it all starts with the species when choosing the farm locations, but they can also be opportunities when governments contact them. And why this governmental contact? Because The Seaweed Company’s project is 100% committed not only to nature but also to the development of coastal communities.  At this point, Joost, who for most of our talk permanently uses “we”, switches unconsciously (and just once) to “me” when we ask him about people. “This is for me, very important, one of our objectives”, he says. Then, he takes up the plural. “We could build one mega farm somewhere in the world and then have everything there, but we don’t think that nature likes that, at least not on land. We’ve seen that the monoculture and the big agriculture is not always the best thing. So, we believe in decentralized and a lot of smaller farms, and here the coastal communities come in place”. Right now, that means 77 involved people in seaweed farming, and 61 supported families, but their goal is to reach 4,000 families by 2030.

Joost gives us the example of India: “We are now teaching hundreds of fishing families how they could add seaweed cultivation as an additional activity, we are invited by the government to do that”, he explains. And continues, “We provide people with a kind of microfinancing loan. They build a farm with it. They pay their loan back with their harvest and after that, when it’s paid back, then we buy the crops from them. But the government, because they like this initiative, will provide every family that does this with the option to get into the National Health System, which was unattainable for those families before”.

That’s their business model. That’s their way of understanding the tangible impact on the lives of local communities. “We can only create the skill and the speed that we need to have the impact if we use the capacity and the skills that are already available. And that’s a really win-win situation”, he states.

Challenges ahead? Keep focus and carry on

If there’s something we can say about Joost Wouters, it’s that he knows where he’s going. When asked about industry and business challenges, the first thing that comes to his mind is, again, impact, after all, that’s what got him into this industry. “One of the challenges if we want to reach impact at a certain time, is that we don’t reach the scale soon enough”, he says. “If you look at the globe, 98% of all the seaweed is growing in Asia and, there, seaweed is a normal product, people know it well, it’s on the menu. Outside of Asia, people hardly know about seaweed, so that’s a big challenge. How do you create awareness about seaweed that you can eat it, consume it?”.

Then, they come the technological challenges, the continuous struggle with nature – “it’s not so easy to grow seaweed” -, and the fight against bureaucracy and regulations, which do not always go at the same speed as new businesses. But, in his opinion, the challenge for The Seaweed Company is to maintain its focus. “There are so many opportunities for seaweed and that is fun to work on the little things, but you need to focus. You need to make some hard choices and sometimes it’s difficult to say to people ‘no, we’re not gonna do this right now’, although you know it’s an opportunity. So, we need to find a way, how we can do all those things in parallel without having to do it all themselves. So that’s why we look for partnerships, we think that partnerships are a great way to reach the speed and the scale to reach our ambition”.

As we said at the beginning, Joost Wouters is devoted to this latest love of his life. Passionate about his work, he confesses that for the past five years he has been working night and day, but, as in great love stories, passion fuels him. “I like it. It gives me a lot of energy”, he says. So, when asked about his own challenges, Joost’s challenges, not those of the “Founder & SeaEO” of The Seaweed Company, he starts by saying that he should listen to his body but, in seconds, he is summing it up as simple as “do the things that I’m good at and that I like to do so”. Things like making a tangible impact, for example.

About The Seaweed Company

Founded in 2018, The Seaweed Company specializes in the development of seaweed products for people, animals, soil, and plants, as well as in the sustainable cultivation of various seaweed species in its own production locations in Ireland, Morocco, India, Greenland, and the Netherlands. Through its activity, the company seeks to create an impact on CO2 mitigation, ocean regeneration, and coastal community development.