The Norwegian company Viking Aqua has announced they have signed a partnership agreement with AquaBioTech Group (ABTG) to become its RAS supplier for the land-based salmon farm that is to be built in Skipavika, Gulen. This agreement adds to three others the company has already signed in its goal to be the world’s leading center of expertise in land-based aquaculture through innovation and data-driven knowledge. Its ultimate goal is to design and build the next generation of marine RAS facilities that fulfilling its ambition “to produce the happiest, healthiest and best salmon”.

This agreement with AquaBioTech group for being its RAS supplier comes after signing previous partnerships with Framo on the development of water and pumping technology; Overhalla Betong on the construction of the grow-out and smolt facility; and Magne Hope, a local contractor with over 50 years of experience, on the groundworks. Viking Aqua’s CEO has expressed his satisfaction with the team in charge of carrying out the fish farming project. “We have established dedicated and complementary partnerships with the aim to achieve something great. But not least ensured the involvement of competent persons, with a common vision and the right values for developing and operating a fish farming company where efficient industrial processes, fish welfare and sustainability will reach new levels”, Ingar Valvik said.

Equally pleased was Shane A. Hunter, CEO of AquaBioTech Group. “We are very excited to have been selected to join the Viking Aqua project partnership, which aims to develop one of the most sustainable land-based salmon RAS farming operations”, he said. “Viking Aqua has clustered a very strong group of companies with the collective aim of achieving significant breakthroughs in marine RAS development that seek to significantly lower the energy requirement and overall production cost, whilst achieving the highest levels of sustainability and fish welfare standards. All these objectives will be achieved by utilising the very latest technology, and a number of cutting-edge innovations in smartRAS”, he continued. And concluded, “the Viking Aqua facility we will develop and showcase how intensive, yet environmentally conscious, sustainable aquaculture can be achieved using the next generation RAS technology”. 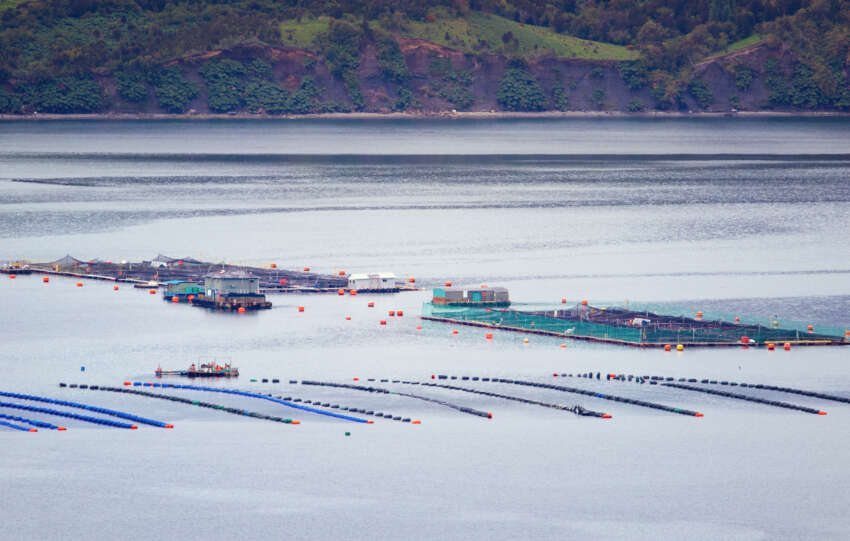 Salmones Austral cancels its registration for an initial public offering

The overall company’s strategy is based on five pillars: partnership, technology, sustainability, fish welfare, and R&D. All of them are aimed at designing and building the next generation of marine RAS facilities for Atlantic salmon, where they are powered by clean energy, leave minimal impact and use circular production. In fact, in a recent talk about an article on circular economy, Maren Ødegaard Tangen, Sustainability Manager at Viking Aqua, told WeAreAquaculture: “We consider all bi-products and waste as unutilized resources. At our future RAS marine facility, we will design and build a system that allows for capturing and utilising the fish sludge from the production”. And added, “aquaculture is dependent on natural resources, and it is vital to keep these resources in circulation to move from a linear to a circular fish farming practice”.

To build the facility in Skipavika, on the west coast of Norway, the company has recently applied for funding in a private placement that was approved on the 20th of June. Existing and new owners have raised right below NOK 20 million (€ 1.9 million / $ 2 million) as new business capital for the company. One of the new shareholders is Øystein Hope, owner of Magne Hope, its partner on the groundworks. “I strongly believe that land-based farming, where there is much better control over both waste and the risk of infection, is the future in this industry”, he said.

Viking Aqua is a land-based salmon farm in Norway that supplies the global market with plastic-free, tasty, fresh, and ethical proteins. The company describes itself as “the world’s most sustainable circular-production salmon farm”. Still under construction, the future facility, designed to provide the conditions for total control of ecological safety and fish welfare, will be located in Skipavika, on the west coast of Norway.